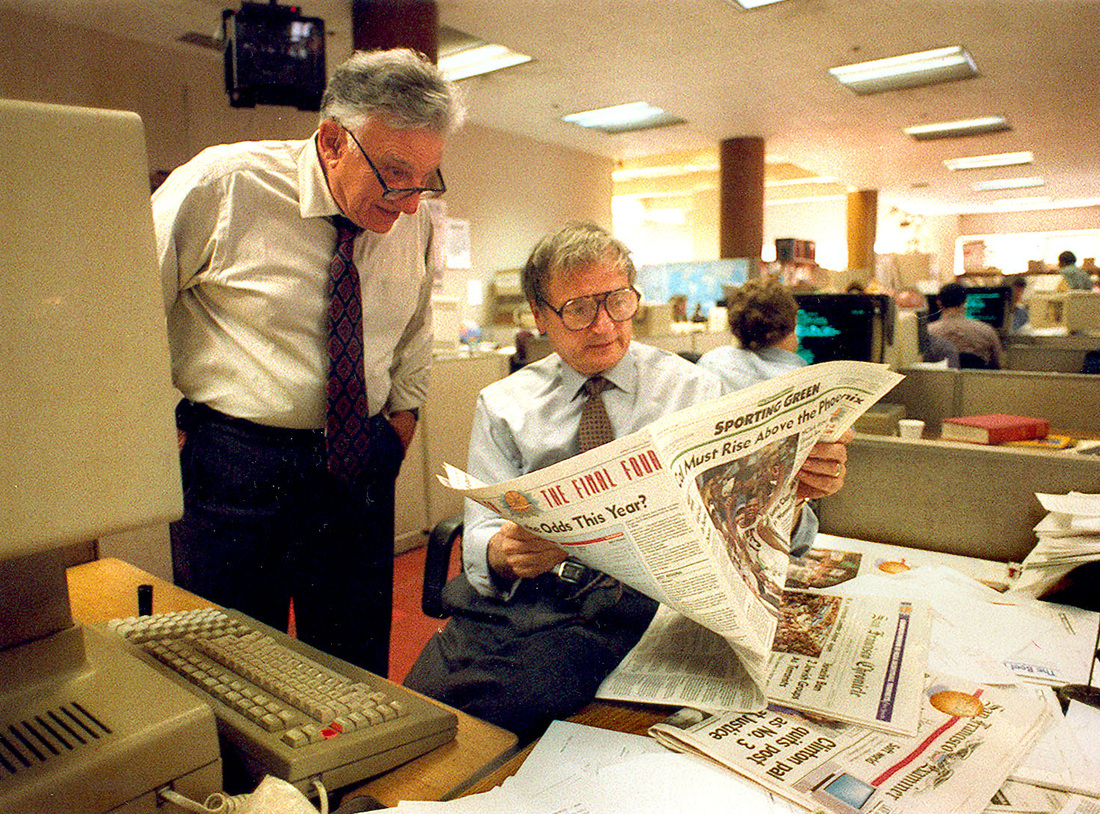 Sports writers do exactly what their job titles imply: write about sports. There are differing levels of specificity with the job, with some writers specializing in one area while others have a large umbrella to their content. Some writers, such as Pablo S. Torre of ESPN, write columns about all sports. Their job is essentially writing about their opinions on sports, with research and facts to back up their claims. Others, like Tom Verducci (who won Sports Writer of the Year for 2014) cover one sport (in his case, baseball). These writers have the same roles as sports columnists, except within their assigned sport. Then there are those who write about one specific team, such as Tom Guilitti of The Record. These reporters are known as "beat writers". Unlike the jobs of national columnists, beat writers are required to travel with the team they cover. It is much more demanding than other sports writers.
Education required to be a sports writer:

Basic journalism education is required to be a sports writer (It obviously helps to be proficient in writing in general). Here at Rowan University, taking courses such as Sports Journalism I and Sports Journalism II, Sports Broadcasting, Online Journalism I & II, and News Reporting I & II is a good start. The best education, however, would be to get experience with a school newspaper. Covering a team for the sports section of one's school paper is probably more valuable than any class you can take. It gives students hands on experience, which media outlets always look for. The job is much more than writing, as sports writers are expected to frequently conduct interviews, have a strong social media presence, have the ability to accurately analyze sports, and form connections with fans, fellow sports writers, coaches, and players. On the job experience is vital.
Median salary of a sports writer:

According to payscale.com, the median annual salary for a sports writer is a little under $35,000. Using a median instead of an average is important when it comes to this profession, as some sports writers have national prominence and thus command larger salaries. This throws off the numbers, making the average about $10,000 higher than the median.
A day in the life of a sports writer:

The typical 9 a.m. - 5 p.m. day, five days a week, that many workers experience in the United States does not apply to sports writers. The vast majority of sporting events take place at night, with many of them occurring during the weekend. Sports writers must get used to working odd hours if they want to make it in this industry.

As previously covered, there are different kinds of sports writers, namely columnists and beat writers. The daily routine of each vary greatly from one another. For columnists, a typical day would include getting to the office in the afternoon to pitch stories to their editors. Once they have an assignment, they start doing research into the topic, which may include archival research, conducting interviews, or going to a site for observation. Once that story is completed, the cycle continues indefinitely. For most columnists, reporting on a live sporting event is a must.

When it comes to beat writers, we will use a typical day when the team they cover has a game. First, beat writers will arrive at the stadium hours before game time. They will set up their equipment (normally a laptop computer), then head to the sidelines. In this day and age, a strong social media presence is huge for sports writers, so many will tweet or otherwise post about what they see during the pregame. Typical content during this time period includes observations about how players look, what the projected lineups will be for the game, what the team is working on during warm ups, and perhaps a few quotes from coaches and players. Once the game gets underway, beat writers will live tweet the game, including score updates, injuries, stats, trends, etc. Once the game is over, they will take place in the post game press conference the team holds after every match. Next, they will head to the locker room and get quotes from players and coaches about the game. Finally, the reporters will write a game story, which is simply a recap of the event which includes the quotes they gathered.
Sources/Informational Resources:
http://sportscareers.about.com/od/careerpaths/a/sprtwriterprof.htm
http://learn.org/articles/Sports_Writer_Your_Salary_and_Career_Questions_Answered.html
http://www.payscale.com/research/US/Job=Sports_Reporter/Salary